Staff within IT at UBC have built their careers at UBC in many different ways and starting off points. Many have transitioned directly from being a student at UBC to staff positions, while others may have started out in an entirely different area of expertise in the university and moved into IT. Others have come to UBC from other industries in both the public and private sector, looking to increase their opportunities for career development. Many also come to us as life-long learners to work within an educational institution where they can make a positive contribution to the teaching and learning experience.

Common threads to how people have developed their career at UBC include:

We’ve included just a few of the real life success stories from staff who have made their career in IT at UBC. Please see these below. 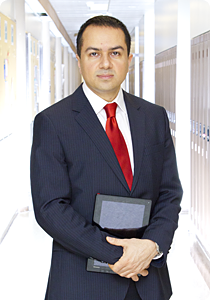 Alex Etesami first began working at UBC as a Library Student Assistant during his undergraduate studies. Upon graduation, he left to pursue a career in the corporate world. Due to his love for working in a university environment, he always knew he would be back. In 2005, after pursuing a post-graduate certification in Project Management at UBC, he began working as the IT Manager for the UBC School of Nursing.

“I always knew I would come back to this university” Alex explained. “Now I can apply the corporate experience that I have gained, and my educational background with UBC to better understand the school’s technological needs.”

When asked what attracted Alex to work for UBC IT, he says “There’s a sense of achievement when providing an important service to people as a whole. When working for a non-profit institution that focuses on innovation, such as UBC, there is more weight in metrics such as sustainability, which I find is becoming more important […] We are providing support and services that ultimately affect our students.”

As IT Manager, Alex managed a team of three, which eventually grew to five. Together, they not only worked on system administrative tasks, but they also began developing intensive applications, such as the Student Tracking System (STS) and Practice E-Portfolio. These projects were developed in-house, and were met with great success.

In July of 2011, the Nursing IT department joined UBC IT, and Alex became Senior Client Service Manager for not just the UBC School of Nursing, but for the Faculty of Pharmaceutical Science, Faculty of Graduate Studies, and the Faculty of Law, as well. The move into a larger IT organization and role allowed him to expand his skillset by taking on new responsibilities and projects.

“Get a solid education first,” Alex explains when asked what advice he would give to others. “Try to learn as much as you can in all aspects of IT—not only the technical aspects, but also the project management side of things. Understand how to deal with your clients and your co-workers to develop yourself into becoming a high level professional.” 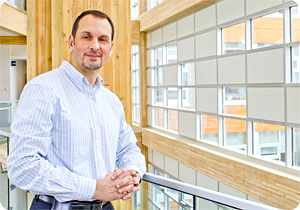 Jovan Miladinovic began his career at UBC IT in January 1986 in a Technician Level 1 position right after graduating from British Columbia Institute of Technology in the Electrical and Electronics Technologist Program, specializing in telecommunications. As a Technician, Jovan participated in the dramatic evolution of networking at UBC and its impact on the university community. After taking a technical track in his career, it was Jovan’s willingness to learn and take on new challenges that precipitated his next career move as a Project Lead for the University Networking Program.

“I’ll never forget the day that I was asked to take on this role. My Director approached me in the photocopying room and asked me to apply for the position,” said Jovan. This role eventually shaped Jovan’s career path in project management for the next three to four years. Today, Jovan is the Manager for Infrastructure Special Projects, a position he has held for the past one and a half years. Projects that he has been involved with on this team entail helping departments onboard with services provided by UBC IT, which could range from setting up a few virtual servers to providing IT resources to an entire department.

“I’ve seen a lot of change at UBC IT. It’s really not boring,” Jovan stated. “You need to be open to jobs beyond your scope of speciality. There are many opportunities at UBC IT, ranging from technical to management.”

What does Jovan like best about working at UBC? He finds it to be a really interesting environment. Where can you meet people doing ground breaking research and walk by fascinating sights such as a whale skeleton or an earthquake lab all in one day? Only at UBC.